Yesterday I had the privilege of marshalling on the latest Hardmoors trail series race where all the runners came through for all three races. The fact that it was also halfway up an incline and only 1.6 miles in gave me ample opportunity for some encouraging banter to be exchanged and a few photo’s taken. Unfortunately, I still wasn’t quick enough to catch all the members taking part but managed to bag a couple of those who took the opportunity to stop and pose.

It was a beautiful morning to be out on the moors, though I suspect some of the runners may have found it a little too warm for their liking, with plenty of sunshine.

First to pass was Terry Hindson running his 152 marathon distance who stopped for a quick chat before carrying on uphill to Gillamore. Next through was the evergreen Pam Costello embarking on her 1,000th Hardmoor mile, ably supported by Hardmoors running mate Jo. When she passed me she had less than 19 miles to go! Needless to say, she achieved her target. Finally, competing at the marathon distance for the first time was Chris Watson and Jeannie Wilde.

A brief break before the half runners came through gave me time to top up my tan before Andy Petford came steaming though in 7th place in the half looking strong. Unfortunately, a touch of cramp near the end put paid to a top 10 position. Next to appear was the old stager Andy Whiles, quickly followed by Russ Kelly. Both looked well and up for the challenge ahead. Then came first timer Sarah Bibby (striking a pose) and Mike Watson completing the last of his 7 half distances making the Hardmoors set.

Another brief break in proceedings and more sun worshiping before the 10k runners came through, with Sara Porley and ex-member Cath York making short work of the incline with big grins all over their faces and obviously not treating the race with the respect it deserved!

So, marshalling duties over it was now my turn to do some work as I joined non-member but Hardmoor regular Kelly Brierley to sweep the 10k route to the finish. On the way back we were passed by Andy Whiles (in the woods) and Sarah Bibby (running into Hutton-le-Hole) as they finished what was around 16 miles I believe. As we came into the village, Sara and Cath were already enjoying ice creams and Andy W, Andy P and Sarah were exchanging views on the day’s proceedings. Unfortunately, I had to leave before seeing Terry, Chris, Jeannie and Pam come in but I did see Mike and Russ entering the high street as we crossed the cattle grid. Hopefully everyone finished their races in one piece and with loads of tales to tell of their experience.

At the time of writing the official results aren’t available but they will be on the Hardmoors website in due course. 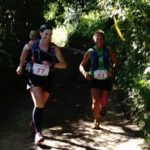 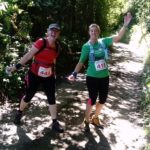 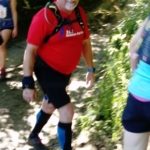 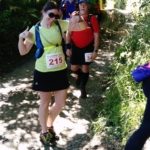 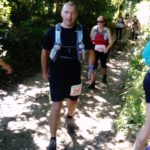 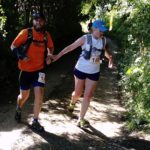 You know you're a runner when…